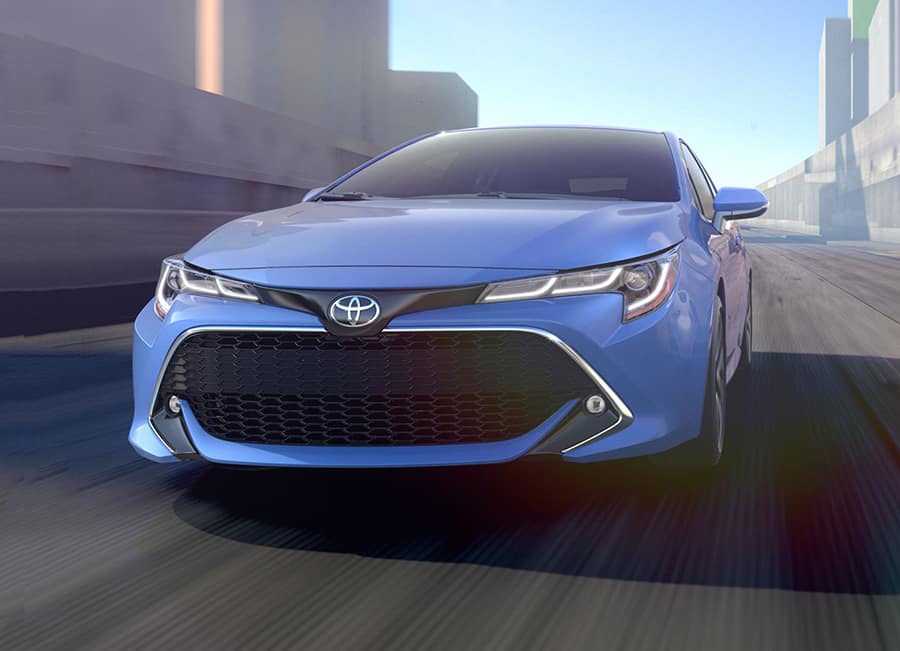 To be considered a highly regarded daily driver, a vehicle must be comfortable in nature and offer terrific gas mileage, all while mixing in some bells and whistles. Cue the 2020 Toyota Corolla.

The approximate starting price for a ’20 Corolla is roughly $19,600. With additional add-ons and other features, the price could increase to $24,050. The price range is also dictated by the chosen model. There are eight different models to choose from in the standard Corolla (L, LE, Hybrid LE, SE CVT, SE Manual, Nightshade, XLE, XSE). The hatchback version offers three different models (SE, SE Nightshade and XSE). The colors of the vehicles also vary when it comes to model construction. However, base colors include Black Sand Pearl, Classic Silver Metallic, Blue Crush Metallic, Blizzard Pearl, Barcelona Red Metallic, Blueprint, Celestite, and Super White.

The car has surprising power — something not always emblematic of a smaller sedan. From a gas mileage standpoint, the ’20 Corolla receives a respectable 29 miles-per-gallon in city driving, and 36 miles-per-gallon on the highway. These numbers jump up to 53 miles-per-gallon and 52 miles-per-gallon, respectively, with the Hybrid model. Most models come equipped with a four-cylinder 1.8-Liter engine — though some come with a 2.0-Liter look (such as the hatchback option).

For those who drive long distances, the Corolla is excellent when it comes to its handling. The steering mechanics are smooth, and the suspension does wonders when puttering around town. It’s a surprisingly efficient vehicle when tasked with traveling on narrow and curvy roads.

While the interior cabin isn’t overly flashy or dynamic, it certainly gets the job done in terms of comfort. The leg/headroom is more than acceptable in both the first and back rows. Standard features include a 6.1″ touchscreen (8″ available), six speakers, voice recognition, Bluetooth and Carplay capabilities.

Perhaps the most impressive facet of the 2020 Corolla is the safety measures put in place. For instance, the likes of a rearview camera, automatic high beams, pre-collision/pedestrian detection, lane departure alert, and adaptive cruise control are all standard features. This is rather impressive when compared to other competitors. The Standard Toyota Safety Sense P (TSS-P) is particularly revolutionary. Duly, the IIHS gave the ’20 Corolla ‘GOOD’ scores on six of eight potential categories (and a SUPERIOR in front crash prevention). The NHTSA Safety organization gave 5-star scores for Overall Rating as well as side crash.

Simply put, the 2020 Corolla is an affordable vehicle with tremendous value. The overall significance placed upon safety is something which should make any prospective car owner feel reassured.