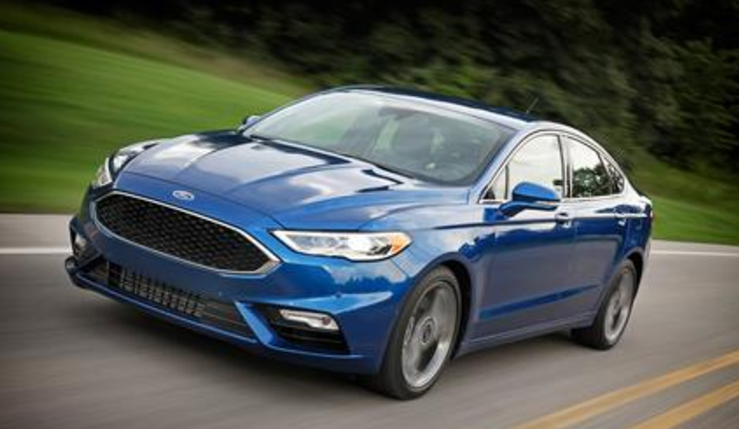 In terms of purchasing the prototype mid-sized Sedan, one needs to look no further than the 2018 Ford Fusion. It offers prospective car buyers proven, sensible, and versatile options at a very reasonable price. The fuel economy for the models — particularly the Energi trims — is terrific across the board. Additionally, it’s only one of three mid-sized Sedan options on the market offering all-wheel drive.

The Sport model packs some serious power. It is fashioned with a 2.7-liter V6 engine — which allows for 380 lb-ft of torque and 325 HP. This sort of engine is nearly identical to the one found in the Ford F-150. When compared to other mid-sized Sedans on the market, it’s by far the most powerful model.

There are nine color options made available for each model. The front portion of the vehicle has been revitalized with a new headlight design (with optional LED lighting). Aesthetically, there’s also a change in appearance — with a gloss black-finish mesh grilled, a rear spoiler, dual twin exhausts, and 19-inch wheels. One will see these features in the Platinum model. The new Fusion models have an added refinement, making the vehicle look both elegant and sleek.

Fusion models seat five people. From a space standpoint, there’s considerable headspace and legroom for passengers in both the first and second rows. The design of the cabin is luxurious — offering soft textural features. The Platinum trim in particular is equipped with quilted leather seating and newer dashboard finishes. The door trim panels and instrument panels are wrapped in Cocoa leather. Duly, the steering-wheel is hand-wrapped in Venetian leather.

Active noise control snuffs out superfluous noise when driving — such as wind and typical ‘ear pollution’ from the road. If one wants a step-up in comfortability and style, there are multiple facets for such a desire. One can opt for a heated steering wheel, leather seats, heating and cooling devices for the seats, and also a power-adjustable front-passenger seat. A shift in the build of the model allows for more space in the front of the cabin. As a result, there are a multitude of cupholders and bins.

There’s 16 cubic feet of space within the trunk of the Fusion. While this isn’t overly huge, there’s more than enough space to hold large packages, bags, and any sort of equipment for a potential trip or outing. The rear bench will fold for a 60/40 split. This opens up more room for larger items to be transported.

When designing this vehicle, Ford (as it does with every model released) had safety as a top priority. The 2018 Ford Fusion Sedan was awarded an IIHS Top Safety Pick+ denotation. It also earned a five-star safety rating from the NHTSA (National Highway Traffic Safety Administration). Each model is equipped with standard front, side, and curtain airbags. They also include emergency brake assists, a post-collision safety system, daytime running lights, and ABS.

Each Fusion comes standard with a rearview camera, and the Ford MyKey system. MyKey enables drivers to set individualized speed and audio limits on the vehicle. This comes particularly handy when the car is being driven by a more inexperienced driver (such as a teenager learning how to drive). For pricier packages, there are enhancements from a technological and safety standpoint. Blind-spot monitoring with rear-cross traffic alert is offered — as is a lane departure warning (with lane assist) and rear-parking sensors. Hands-free perpendicular and parallel parking is made available. It will help to steer the car into a detected space as the driver controls the brakes and accelerator.

The MyFord Touch system has been replaced due to widespread backlash over the functionality. The SYNC 3 system has since taken over as the primary means of entertainment. It’s faster than its predecessor, and possesses large menus and virtual buttons resembling that of a smartphone. Hands-free phone calls can be made with the pairing of one’s phone using Bluetooth. Apple CarPlay and Android Auto are standard in any Ford vehicle using SYNC 3. With that said, SYNC 3 is standardly made available in the higher trim options. It can be added in the SE model for an extra charge. It will not be included in any base S trim option.

When it comes to mid-sized Sedans, the 2018 Ford Fusion is an exceptional buy. There are a plethora of cost-effective options made available, each possessing the capability to be personalized for the individual buyer’s needs.

To find the best deals on this vehicle, click the button below: