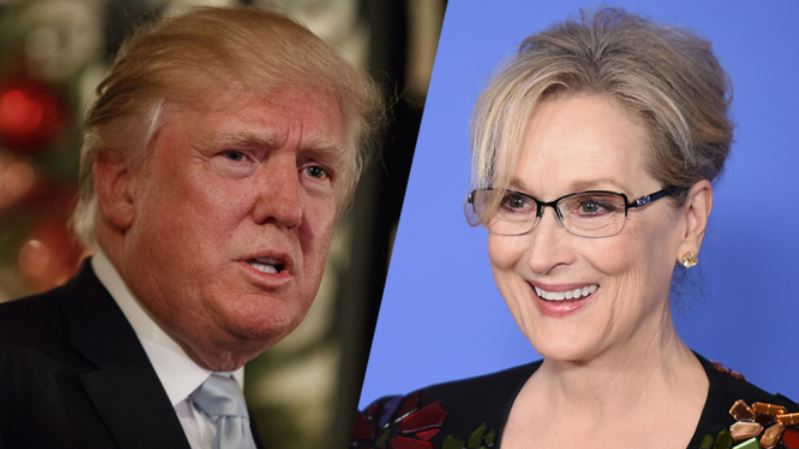 This past Sunday, Meryl Streep took the stage of the Golden Globes to accept the Cecil B. DeMille Lifetime Achievement Award. She chose to use this time to call out president-elect, Donald J. Trump, for mocking disabled reporter, Serge Kovaleski of the New York Times, back at a rally last year.

Streep began her speech to the Hollywood Foreign Press by Dissecting the words “Hollywood,” “foreign,” and “press.” She began calling on different members of the crowd and asked the question, “Who are we, and what is Hollywood anyway? It’s just a bunch of people from other places.” She noted that she herself came from New Jersey, Viola Davis from South Carolina, Sarah Paulson from Florida and raised by a single mother in Brooklyn, Amy Adams in Italy, Natalie Portman in Jerusalem. Streep asked, “Where are their birth certificates?”

She conquered the first two words of the Hollywood Foreign Press by explaining that the only job an actor has is to enter the lives of people who are different from them, and to let their audiences feel what that feels like. Streep followed, “But there was one performance this year that stunned me. It sank its hooks in my heart. Not because it was good; there was nothing good about it. But it was effective and it did its job. It made its intended audience laugh, and show their teeth. It was that moment when the person asking to sit in the most respected seat in our country imitated a disabled reporter. Someone he outranked in privilege, power and the capacity to fight back.” Streep continued, “It kind of broke my heart when I saw it, and I still can’t get it out of my head, because it wasn’t in a movie. It was real life. And this instinct to humiliate, when it’s modeled by someone in the public platform, by someone powerful, it filters down into everybody’s life, because it kinda gives permission for other people to do the same thing. Disrespect invites disrespect, violence incites violence. And when the powerful use their position to bully others we all lose. O.K., go on with it.”

Meryl Streep then moved on to the “press” section of the Hollywood Foreign Press. Without ever even mentioning the name “Trump,” Streep said, “We need the principled press to hold power to account, to call him on the carpet for every outrage. That’s why our founders enshrined the press and its freedoms in the Constitution.” Throughout her speech, the audience was in complete silence and had Streep’s full attention, something that is uncommon at such a hectic event. When her speech concluded, Streep was met with a wild applause and standing ovation. Many of the celebrities in the audience were visibly touched by Streep’s powerful words.

Trump reacted to Streep’s Golden Globe’s speech by tweeting, “Meryl Streep, one of the most over-rated actresses in Hollywood, doesn’t know me but attacked last night at the Golden Globes. She is a Hillary flunky who lost big. For the 100th time, I never “mocked” a disabled reporter (would never do that) but simply showed him “groveling” when he totally changed a 16 year old story that he had written in order to make me look bad. Just more very dishonest media!”